Share a memory
Obituary & Services
Tribute Wall
Read more about the life story of Charles and share your memory.

Lisbon-Charles N. Senanefes, 98, passed away peacefully on Tuesday, November 1, 2022 at his home.

Mr. Senanefes was born September 30, 1924 in Youngstown, a son of the late Nicholas and Helen (Tsaroutou) Senanefes and was a life resident of Lisbon.

Charles was a 1943 graduate of Lisbon David Anderson High School and a 1951 graduate of Salem Trade Extension and was State Certified in Industrial Electricity.  He also attended Walsh University for two years, where he studied Perceptive Leadership and Human Behavior.

His wife, Ann (Harris) Senanefes, whom he married June 22, 1947; preceded him in death July 24, 2017.  He was also preceded in death by his sister, Kathryn Kuzma; and brothers, Thomas, Dean, and James Senanefes.

Mr. Senanefes retired in 1986 from the Ohio Edison Company after 39 ½ years, as a meter test and repair foreman in Youngstown.

Charles served on the Lisbon Area Chamber of Commerce for many years as the chairman of the Johnny Appleseed and Christmas Parades and was recognized for his years of dedicated service by being inducted as a lifetime member of the Chamber’s first Hall of Fame.

Charles was also an avid golfer. He and his late brother, Tom, founded the oldest organized golf league in Columbiana County, the Lisbon Golf League, in 1955.

He also loved baseball and had played in the Northeast Ohio League for many years.  He also managed little league in Lisbon, where he used his expertise to teach young players such as Gary Serago, Dave McCamon, and Todd Wilson the art of playing the game and enjoying it.  He was also a cheerleader for the Blue Devils football and basketball teams, both boys and girls.  Charles also enjoyed watching the Cleveland Browns and the Ohio State Buckeyes, but most of all loved watching his grandchildren and great grandchildren, as they played in sports, and acting at Stage Left and piano recitals. He will be missed by his coffee group, but no more than his good friend, Jerry Rose.

Funeral services will be held at 11am, Monday, November 7, 2022 at the Eells-Leggett-Stauffer Funeral Home, 215 West Lincoln Way, Lisbon with Rev. Father Joseph Z. DiStefano officiating.  Burial with full military honors will follow at the Lisbon Cemetery.

The family will receive guests from 2pm to 5pm Sunday, and from 10am until the time of services Monday at the funeral home.

To send flowers to the family or plant a tree in memory of Charles N. Senanefes, please visit our floral store. 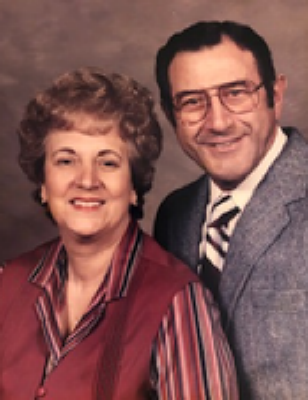